Mission Venus and A Cruel Comet

Today in the world of technology we hardly find that any kid spends his time in playing outdoor games. They always interested in the playing video games or playing on mobile. You won't believe due to these kids not only destroying their physical strength but also their creative imaginary brain power. But Colgate has taken some action against these bad habits of children. They have introduced an imaginary but magical game. The brand has printed some characters with a related background at the inner side of the toothpaste cover. The motive of this creativity is recharging that brain skill of children from where they make imaginary stories.
In my pack of Colgate, I find some astronaut characters, Satellite launch station, An Alien, cosmic background. I was happy that my son was happy and curious to open the cover and to reveal the characters. 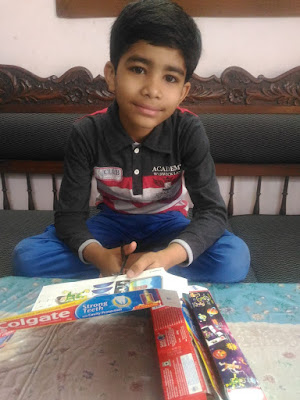 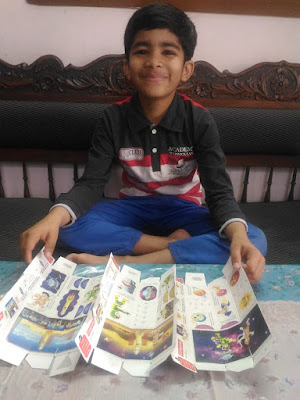 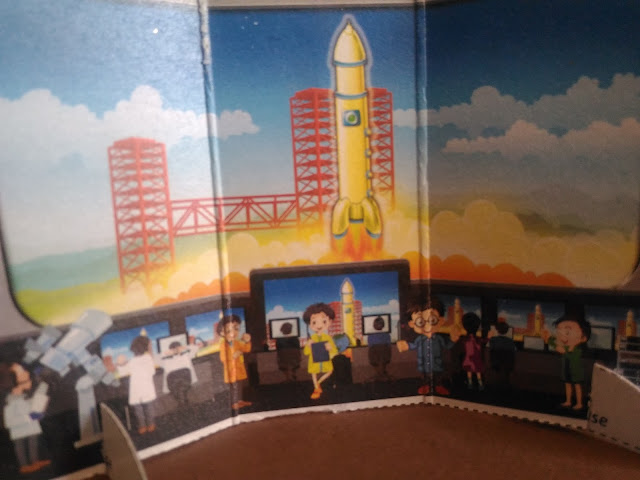 After cutting the characters, he started making his story. Once upon a time, there were two astronauts, named as Pooja and Mike.  They were selected for a mission: Mission Venus. The scientist had set up a rocket which will go into space and land on Venus. Mike and Pooja have to go through the condition how much Cruel Comet had destroyed the planet. 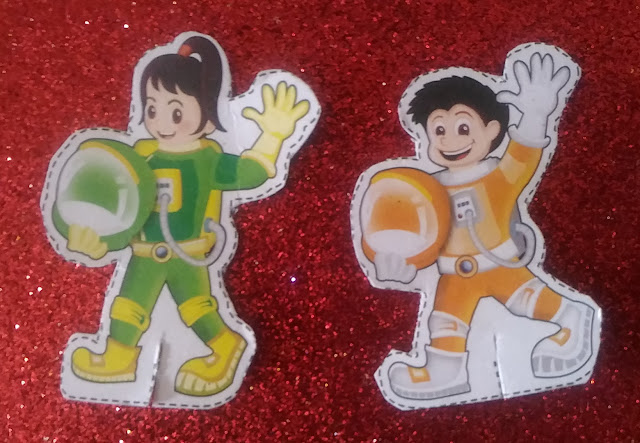 Mike and Pooja were ready to travel in the rocket and said Bye to everyone by taking their wishes. 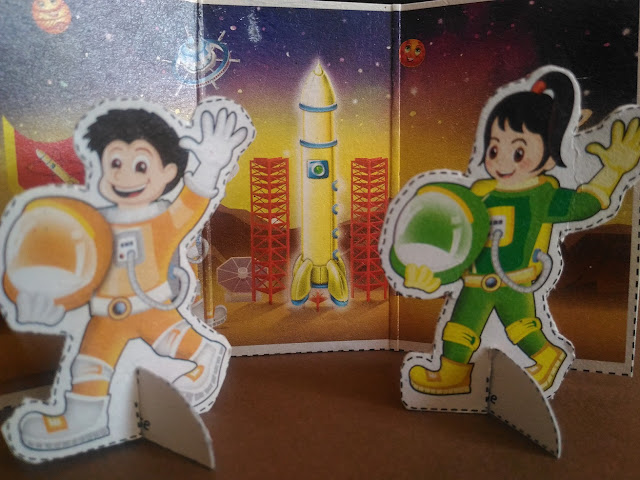 Before going to space they know that a comet was there which has destroyed Venus and other planets. And their work was to see the condition over there. 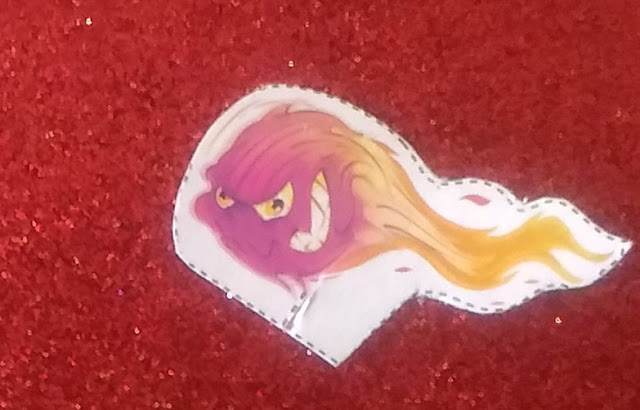 Their rocket release the satellite in the orbit and through their satellite they were seeing the planets and taking pictures of them. They found that Sun, Jupiter, and Saturn were happy but Venus was looking very angry. They thought might be comet has injured her. 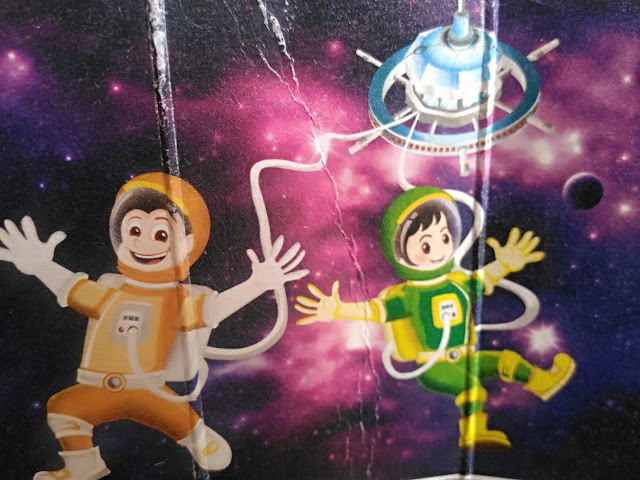 They came out of the satellite and enjoyed the beautiful space, they have seen so many stars in the sky and planets like big balls.
Now they landed on Venus and started their robot which started roaming on the planet and collecting different data. 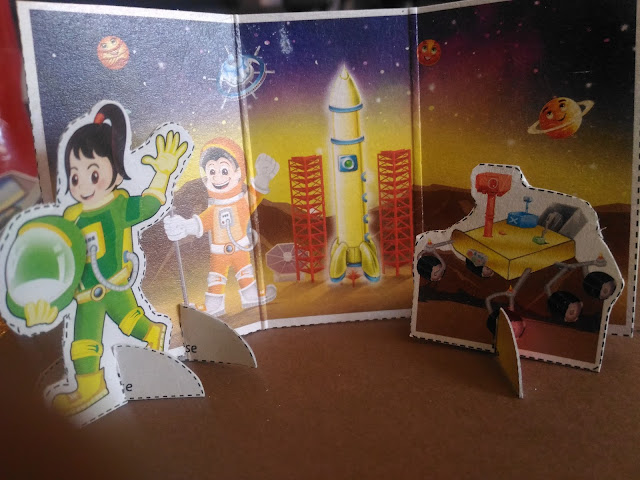 All of the sudden Pooja seen an alien with his UFO. She get alerted and took a position with her gun, but what happen soon she showed her gun, the alien was afraid of her and talking politely. She conversates with him and told about their mission and why they have landed on Venus. 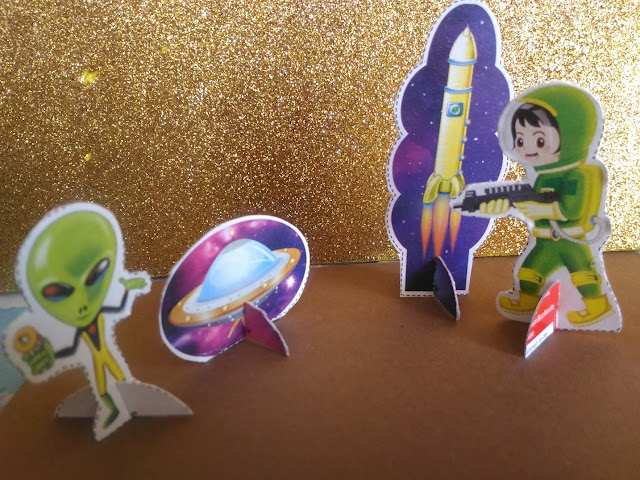 Now they started their work. She was monitoring herself, Mike was collecting other data through monitoring Van. 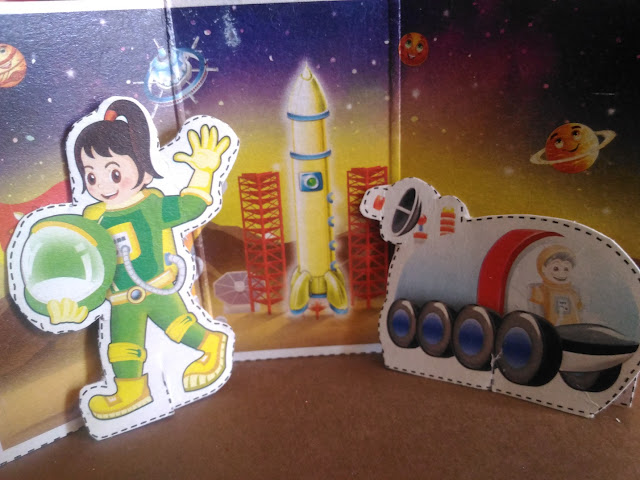 After collecting all the data they went back to Earth. Their mission was successful and they had collected enough data on how much Venus was damaged by Cruel Comet and what were the post condition of Venus after hitting the comet. 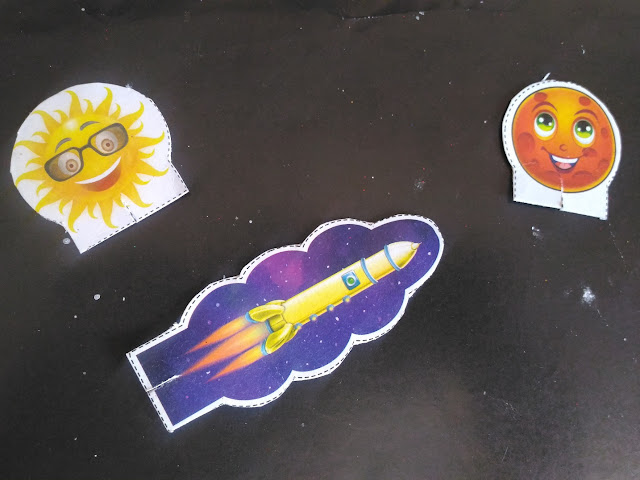 My son had enjoyed all the characters and make a nice story on these characters. In these type of games, the parent should involve with their kids and help them to make a story so that they can imaginary power build up. 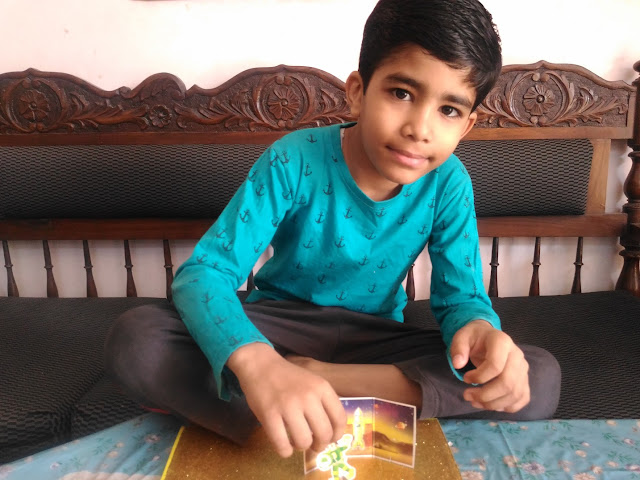 “I’m blogging my #ColgateMagicalstories at BlogAdda in association with Colgate.
at March 16, 2017